4 Quick Fixes for the KB Swing

Chris obtained a Bachelor of Science degree from Southern New Hampshire University, and is also a Certified Kettlebell Trainer-IKFF...

The Kettlebell (KB) Swing is one of the most popular and beneficial total-body exercises.

But, popular does not always mean easy.

This is why we take a lot of timing perfecting the movement with our members before we get them swinging KB's.

Perfecting the timing and technique allows for safe, efficient, swings that will improve fitness, strength, explosiveness, fat loss and muscular endurance.  For these reasons, we love to use them across our entire population of members and athletes.

Although the swing is very popular, there are common mistakes that we see leading to decreases in efficiency, performance and an increased risk of injury. 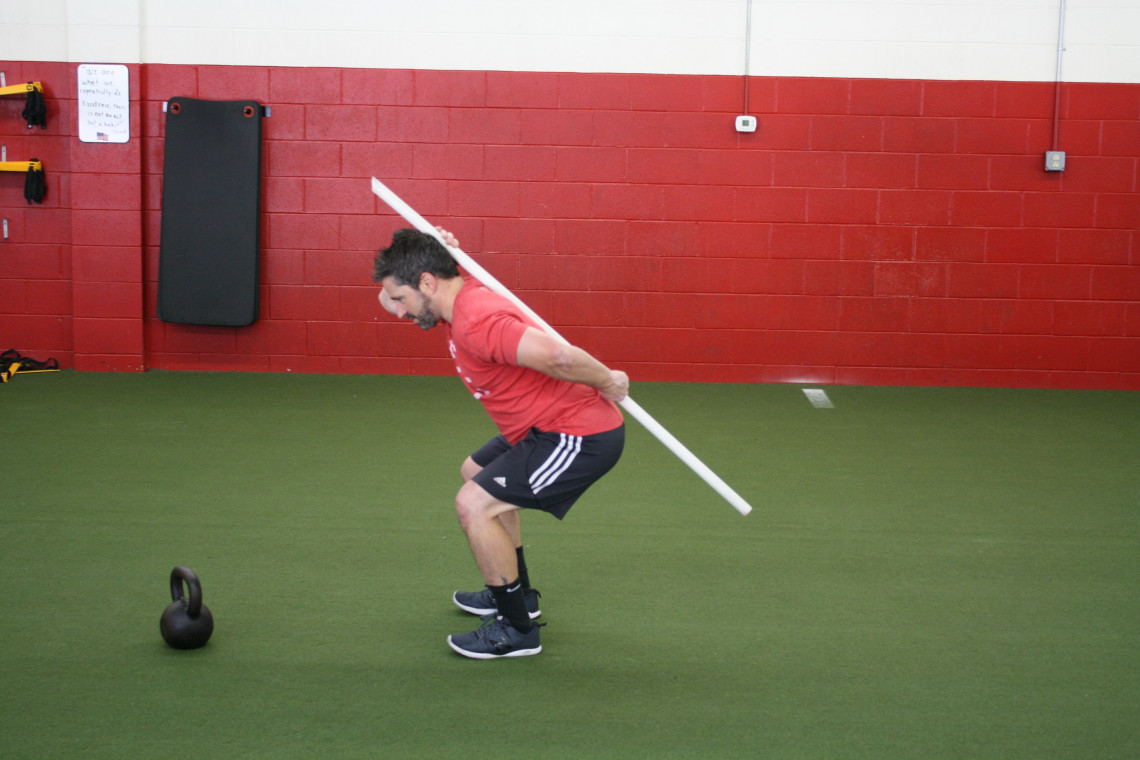 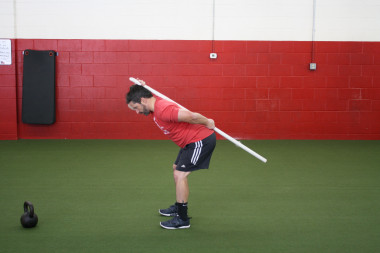 As you shift towards the bottom of the swing, remember to push your hips behind the center line, keeping them above your knees and below your shoulders.

This allows your glutes and hamstrings to work like a rubber band.

By hinging, you put your backside on a big stretch allowing for a more powerful and efficient swing.

At the same time, imagine a straight line from the top of the head to your tail bone (a chain). Abs should be braced with the shoulders packed, allowing a flat back with no breaks in this chain to occur. 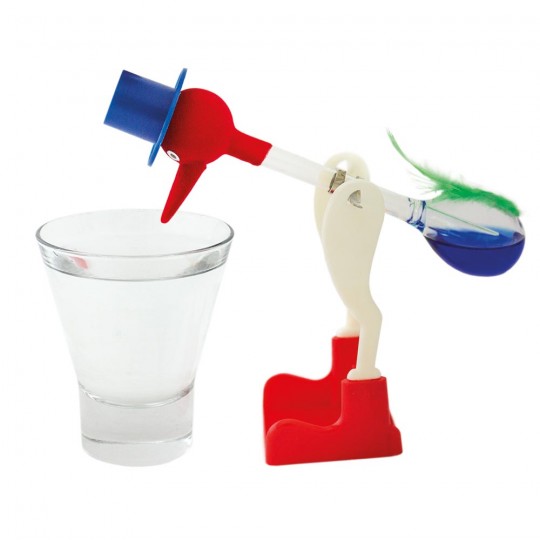 A great visual for what the bottom of the swing (hinge) should look like -- the drinking bird.

The swing is an explosive movement done with your hips.

We want to avoid anything that resembles a front raise where the deltoids and arms are trying to muscle the weight up.

Imagine the glutes, hips, and hamstrings as the engine creating the energy to throw and absorb the kettlebell.

The bottom of the swing is where the throw from the hips takes place. In this position,  the arms and grip should be relaxed on the hips as they begin the aggressive move from flexion into extension.

This should allow the transfer of energy to float the kettlebell up, while keeping your shoulders back, and letting the arms guide the bell up to its top position.

Now at this top position, we want to be sure not to lean and hyper-extend through the lower back.  Or, try and muscle the bell up high with your arms.

Let the hip snap determine how high the bell goes, and allow the glutes and abdominals to stop the hip motion.  This will help put you in a vertical position with good posture.

As the swing now moves back towards the bottom position let the kettlebell fall by itself, allowing it to drag you down with it.

The only thing your arms should do is guide it back to the groin area.

If you start to hinge with the hips as soon as the bell starts to drop, you will load up your spine instead of the glutes and hamstrings to absorb the return.  This will also cause the swing to resemble more of a squat.

Often times I see clients coming up on their toes at the top of the swing.

This is due to the kettlebell getting away from them, allowing their weight to be pulled forward.

A lot of this can be fixed with what was covered in point number two above.

But, one other way to avoid this, is to stay rooted through the center of your feet.

It should feel like you are trying to push the floor away as you begin to drive up into the top position.

Remain planted from your heels to the balls of your feet, like you just dropped anchor, and no one can knock you over.

The grip on the kettlebell should be relaxed.

Packing the shoulders and proper timing of the arms and body will help control the weight without completely taxing the forearms.

The bell should be held towards the knuckles of the fingers with just enough tension to keep it from flopping around in the top and bottom position of the swing.  This will help prevent over callousing or ripping the palms of your hands.

With that being said, the swing does work your grip.  Depending on volume, weather, or time away from the swing, these issues are not always easy to avoid.